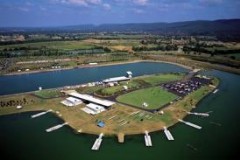 The Centre won international acclaim while hosting 825 athletes from 56 countries during the Sydney 2000 Olympic Games. It has now been re-invented to become a popular water adventure park, sporting, corporate and social venue and receives an average of 50,000 visitors a month.