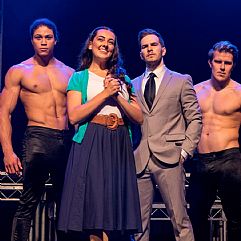 Following sold out seasons across the world including New York and Las Vegas, and with over one million tickets sold since its world premiere in 2014, David Venn Enterprises presents the Australian professional premiere of the hilarious, wildly entertaining spectacle 50 Shades! The Musical Parody.

Touring across Australia in 2020, 50 Shades! The Musical Parody is coming to the Glen Street Theatre (22 to 26 April) in Belrose on Sydney’s Northern Beaches for a strictly limited season.

50 Shades! The Musical Parody explores the steamy relationship between the well-known characters from one of the best-selling books of all time, Fifty Shades of Grey, as seen through the eyes of three women in a book club.

As they devour the novel, the love affair between Anastasia Steele, the naive hardware store employee, and Christian Grey, the handsome businessman with unconventional sexual practices, comes to life around them.

The ladies' imagination and curiosity become the show's distinct flavour, which makes for an enticing mix of laugh-out-loud moments entwined in 12 original songs such as "I Don't Make Love" and "There's a Hole Inside of Me”, that draw inspiration from the likes of Gilbert and Sullivan, Les Miserables and R&B music.

Producer and director David Venn said it doesn't matter whether or not you've read the book or watched the films. “The show is fresh, fun, and entertaining. It’s the perfect nights out for the girls and guys.”

This witty parody has audiences laughing out loud and screaming for more. Rather than showing Fifty Shades Of Grey in its entirety, the exuberant take-off gives way for a great night out with a script that is equal parts sassy as it is smart.

It is written by a collective of comedy writers including Albert Samuels, Amanda B. Davis, Emily Dorezas, Joseph Shelton and Ashley Ward and Dan Wessels.

This guilty pleasure is showing for a strictly limited season and runs for 90 minutes including interval. 50 Shades! The Musical Parody is an original send up created for entertainment purposes and is not associated with, endorsed or authorized by E.L. James or Vintage Books. 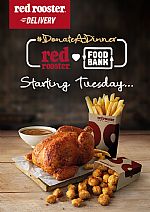 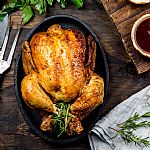