For CWA (Country Witches Association), comedian Mandy Nolan and singer/songwriter Áine Tyrrell 2020 kicked off looking sweet. With performances lined up for Women Of the World Festival, Vivid Festival, a week at Melbourne’s Butterfly Club a season at The Gilded Balloon at Edinburgh Festival followed by appearances at festivals throughout Ireland and Scotland, things were looking pretty dam exciting. Once COVID hit, like every other performer in the country, the witches watched their exciting year fall into the sea.

After sulking for a few days the two decided to adapt and took their regular shows online, putting out 10 Friday night Country Witches Meetings – gathering community from across the country to listen to their unique take on politics, polemics and popular culture. Using their trademark combination of comedy and song, the two continued to traverse genre and generations – engaging audiences in heartfelt conversations and irreverent laughter. The sessions ended with a final performance for Women of the World International Festival when it went online and the Witches performed around the world from the tub.

Now with regulations easing and community permitted to gather in small socially distanced groups, the girls are able to get back out there and perform. The Country Witches Association have decided to embark on their first socially distanced road tour taking in two shows in Sydney at the Petersham Bowlo and one in Katoomba at the Baroque Room!

So for those coming out of their COVID coma who are tired of waiting for change, be ready! Creative women are on their way to stir the political pot! This is the (dis)organisaiton everyone’s been waiting for, where musician Áine Tyrrell  and comedian Mandy Nolan mix genre’s in the cauldron to bring dangerous dialogues and uncomfortable collaborations to the boil!

Musician Àine Tyrrell says ‘if you’re not doing something that you would have been burnt for 400 years ago then you’re not trying hard enough.’

So for women tired of waiting for permission to join the conversation, sick of judgement and expectation, of being tired, of violence, and oppression and nothing changing now’s the time to join the Country Witches!

The CWA hits a vein and women want in. Audience members commented after one of their shows ‘it was like a cross between a religious revival meeting, a political gathering, a comedy and music show.’ They created a secret handshake, invited audience members to set the agenda and planned upcoming actions for the greater group.

Mandy says: ‘As performers we get a bit tired of sticking to the rules, so the idea of the CWA is to unleash our more deviant selves. This is a creative space to navigate topics at a deeper level than you’d do in a traditional pub format.’

The CWA Meeting format invites the audience to participate by becoming members and suggesting topics to be discussed during the show with much of this becoming content for their podcast.

The CWA Meeting  features comedy and story telling by Mandy  and music by Áine plus a few surprises along the way! 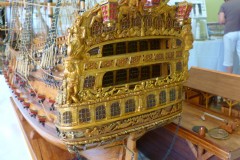 Get Oktoberfested at The Bavarian – throughout Sept/October
The official Oktoberfest at Munich may be toned down this year, and international...

Captain Cook Launches the First Pub ‘Cruise and Crawl’ Experience on Sydney Harbour
What do you get when you mix one of Sydney’s pre-eminent tourism sightseeing...