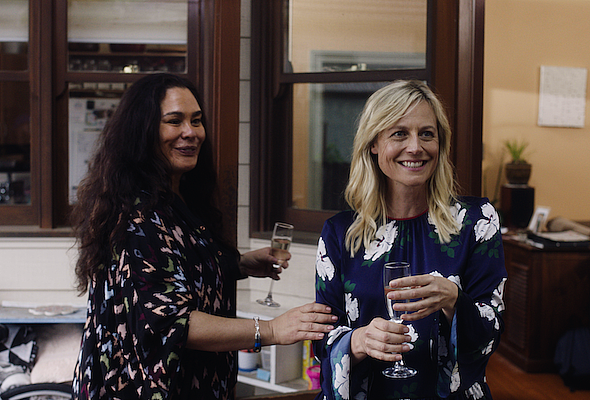 Queer Screen’s 27th Mardi Gras Film Festival will open with an Australian feature for the first time in its history with the World Premiere of ELLIE AND ABBIE (AND ELLIE’S DEAD AUNT).

ELLIE AND ABBIE (AND ELLIE’S DEAD AUNT) is an endearing and heartfelt romantic comedy that appeals cross generationally to audiences of all ages. When school captain Ellie falls for her rebellious classmate Abbie, teenage awkwardness and angst get in the way of her plan to ask Abbie to the year 12 formal. When Ellie’s aunt Tara, a lesbian activist who tragically died in the 1980s, turns up to ‘help’, Ellie starts to second guess the elaborate plan — and question the circumstances of Tara’s death.

“We’re thrilled to be opening the festival with a locally made feature for the first time,” says Queer Screen Festival Director Lisa Rose. “Queer Screen has a rich history of showcasing Australian work and to have a film that pays homage to Sydney’s LGBTIQ+ activist history — as well as bring us a fresh take on the universal ‘first love’ story — meant it was a perfect choice”.

Zanetti, a fast-rising talent with writing credits on acclaimed series SISTERS, who wrote and starred in MGFF 2015’s SKIN DEEP, was inspired to write ELLIE & ABBIE by the lack of same-sex rom coms when she was growing up, particularly films she could watch with both friends and family.

“I’m so completely thrilled that Ellie & Abbie has been selected to open the Mardi Gras Film Festival. Queer Screen always does a brilliant job of programming such a wonderful selection of films from around the world and we are so honoured to be part of the festival. I couldn’t think of a better place to launch this film into the world.’

“‘Ellie & Abbie’ has been an absolute labor of love from the time it was a play in 2017, through to the crowdfunding of the feature and now the finished film. It’s a project that has been brought to life by passionate, generous and hardworking people. I’m so proud of our team and in awe of our amazing cast,” Monica Zanetti, Director

Actor Marta Dusseldorp said, “When a brilliant young writer/director such as Monica asks you to be a part of a playful and life affirming film, you say ‘Yes please’. This is a new voice exploring and celebrating her life, our lives ... as Australians and human beings. I loved every minute on this film. I hope everyone can share in our joy which is ‘Ellie and Abbie’.”

The Festival opens on 13 February at Event Cinemas George Street, with cast and crew in the house on opening night and taking questions after the screening. MGFF20 continues across multiple venues in Sydney until 27 February before touring to Canberra, Parramatta, Lismore, Newcastle and the Blue Mountains in March. The full program is announced on 8 January. 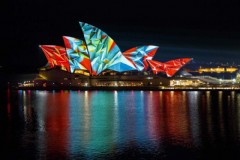 Tourists Encouraged to Return to the Blue Mountains
Blue Mountains Tourism (BMT), together with the New South Wales Rural...