The GQ Men of the Year Awards presented by Audi recognise and honour extraordinary men and women who lead by example, striving for positive change, and achieving great success in their chosen field.

Some of the biggest international stars walked the GQ red carpet in Sydney tonight, including: GQ Woman of the Year Zendaya, recipient of the GQ Film Icon award Baz Luhrmann, GQ Model of the Year Alton Mason and GQ TV Actor of the Year Jacob Elordi.

“The GQ Men of the Year awards presented by Audi champion the men and women who have excelled in their fields, reaching dizzying new heights in everything they do. In their own unique way, they have all used their work and their platforms to raise greater awareness for what they’re passionate about, and together they’re the role models for today and tomorrow.

“Few have had a bigger 2019 than Jason Momoa, Zendaya, Winston Duke and Alton Mason. But for me the real privilege of hosting these awards lies in giving the likes of HoMie, Song for the Mute and Matt Stone the praise they so deserve; or the trust bestowed upon us by Dan Sultan to tell his story the right way. To crown Ash Barty Sportsperson of the Year is a huge highlight, so too is recognising the nuance and societal relevance in Scott Marsh’s artwork. It’s been a privilege to collaborate with the brightest Aussie stars of the future in Jacob Elordi, Chris Pang and the cast of True History of The Kelly Gang, but special mention is reserved for Baz Luhrmann, to whom we owe so much for Australia being the creative, expressive and forward thinking country it is.

“Congratulations to all our winners, and huge thanks to presenting partner Audi, and supporting partners Grey Goose Vodka, Paco Rabanne, Qantas, Coach New York and R.M.Williams.”

“Audi is proud to continue its support of the GQ Men of the Year Awards. It’s one of the most prominent celebrations of the diversity of innovation and excellence we have in Australia, and as a brand, we applaud all those who are recognised. Congratulations to all this year’s worthy winners.”

Supporting partners of the 2019 GQ Men of the Year Awards include Grey Goose Vodka, Paco Rabanne and Qantas with Coach New York and R.M.Williams also on board for the first time this year.

Winners of the 2019 GQ Men of the Year awards presented by Audi: Zendaya, GQ Woman of the Year 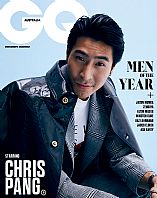 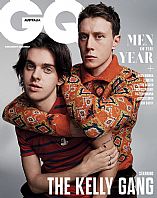 True History of the Kelly Gang, GQ Ensemble of the Year