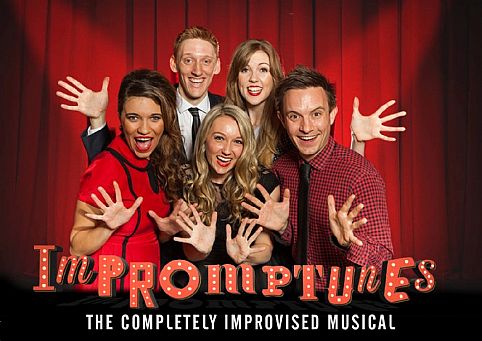 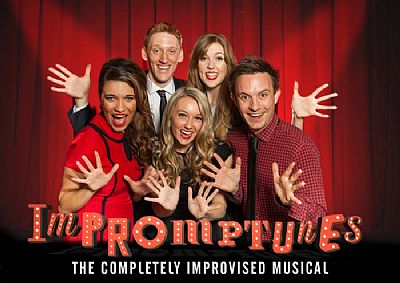 Click to enlarge
When:
Every day until Sat 13 Jul 2019
Cost:
$30
Details:
Australia’s internationally acclaimed improv troupe returns to Sydney with its riotous musical comedy – for three nights only!

The premise is simple: the audience suggests a title, and seconds later the curtain opens on a brand new musical for the first, last and only time. Each show is an experience like no other – the only thing you can be sure of is that it will be full of hijinks, harmonies and hilarity. It’s unrehearsed. It’s unpredictable. It’s Impromptunes.

Impromptunes has been a crowd favourite since its creation in 2013, selling out shows and receiving critical acclaim in Melbourne International Comedy Festival, Perth FringeWorld and Edinburgh Festival Fringe. The troupe is made up of professionally trained Melbourne musical theatre performers (Western Australian Academy of Performing Arts and Victorian College of the Arts) and experienced improvised comedians (Impro Melbourne, The Big Hoo Haa!).

“An unadulterated concoction of excitement, danger and hilarity.” ★★★★ Time Out
“Improv gold. You’ll leave with sore cheeks from laughing.” ★★★★ Herald Sun
“The ultimate in slick improvisation” ★★★★ The West Australian
“The best of Broadway every single night.” ★★★★ Fourth Wall Media
“An hour of hilarity and lightning-quick improvisation.” ★★★★ 1/2 Gutter Culture