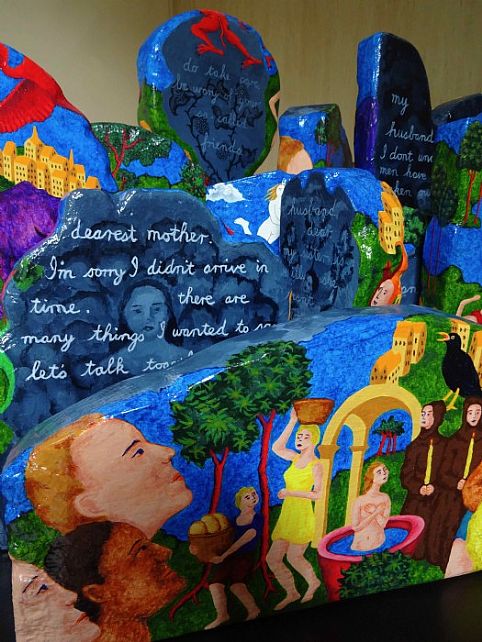 When:
Every day until Sun 27 Oct 2019
Cost:
Free
Details:
In this exhibition Kingsford-Smith has referenced practices within ancient Egyptian and Roman culture that were used to combat feeling of existential anguish and doubt. The texts inscribed on the wood blocks reference ancient Egyptian letters to the dead, while the coloured imagery on their verso drew inspiration from ancient Roman frescos that depicted mythical scenes. In keeping with his larger body of work, Kingsford-Smith looks for connections between the psychological impulses underpinning ancient practices and our own within the contemporary world.
A series of thirteen wood engravings is also included in this exhibition. The imagery within them extends the themes present within the painted blocks. The relationship between the living and the dead and the diverse dimensions of human experience are depicted.