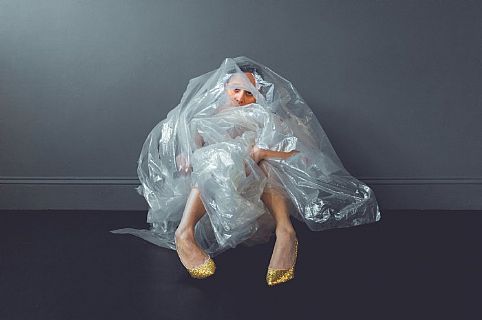 Featuring intriguing movement and spoken word, Mea Culpa depicts the dramas played out amongst seven female bodies in a futuristic society who bear the pressures from an ever-present invisible power, referred to as “IT”, which keeps them in submission.

Mea Culpa takes the viewer on an absorbing and sensuous journey, where women stomp their feet and hiss in quest of salvation, freedom and self-liberation.

Fournier has developed a movement aesthetic that blends and stretches contemporary physical theatre with French folk dance in order to explore and exploit the idea of the human machine – part-mechanical, part-human.

Fournier is known for her provocative solo works, as well as her powerful performance presence in works by cross-genre companies including Branch Nebula and Stalker Theatre. Fournier’s work examines human behaviours, the female form and its relationship to modern society, and the crucible of life and death.