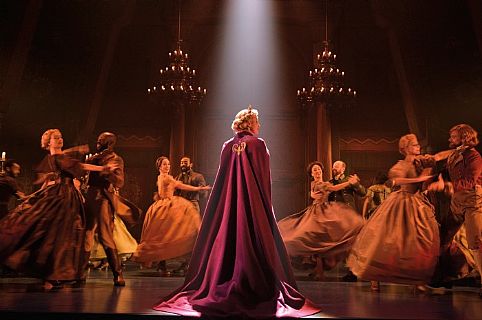 When:
Every day until Thu 31 Dec 2020
Cost:
$60
Details:
Disney’s Frozen, the hit Broadway musical, will open its doors on Tuesday 1st December at the Capitol Theatre in Sydney.

Frozen features an all Australian cast led by Jemma Rix in the role of Elsa, Courtney Monsma as Anna, Matt Lee as Olaf, Thomas McGuane as Hans, Sean Sinclair as Kristoff, Aljin Abella as Weselton and sharing the role of Sven, Jonathan MacMillan and Lachlan McIntrye.

“IT WILL GIVE YOU CHILLS!”
NEWSDAY

“FROZEN LIKE YOU’VE NEVER SEEN IT BEFORE. THE HOTTEST TICKET IN TOWN!”
THE TODAY SHOW

“DROP EVERYTHING AND GET TICKETS NOW!”
O MAGAZINE