When:
Every day until Fri 05 Mar 2021
Cost:
From $40
Details:
Michael Gray Griffith is Playwright, and Co-founder of The Wolves, a new Melbourne based theatre company set up to show that mature creatives can produce original, challenging, gutsy and pertinent theatre.

Unfunded and initially rehearsed in a living room, Marooned has toured regional Victoria where it attracted standing ovations and a loyal following. Marooned will now have a Sydney season at Paddo RSL for 2 shows only on Thursday 4 and Friday 5 March. Later this year a National Conference in the UK will end their proceedings with the play.
Marooned is the company’s most successful play to date and the first play in Australian theatre history to be picked up by the Australian Army, who intend to tour it to several of their bases. Something that the Chief of Army said was unprecedented.
Set in a waiting room in the afterlife, the play centres on four souls, one woman and three men all ‘marooned’. These four strangers want to get out of this room and go home, but how? Maybe there is something they must do. But what? Apart from the seats, the only thing in this room is each other.
The play explores our ability to heal each other and focuses on the immense yet rare beauty and great worth of life, despite all its faults.
Marooned has been called a revolution by a top army psychologist and has also attracted the backing of former Australian of the year Simon McKeon.
“Performances are intense, committed and credible…” Herald Sun (Melbourne)
“Michael is a phenomenal playwright.” Aarne Neeme

The Wolves Theatre Company write and produce bold, contemporary pieces aimed predominantly at the 45 plus demographic. Despite Covid still being a part of our lives, this new theatre company will have three plays on the road this year. 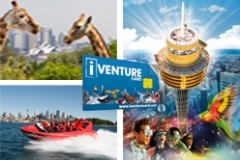