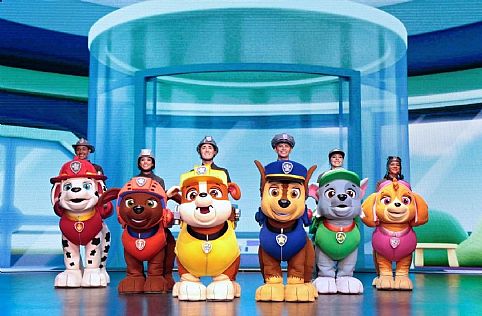 When:
Start:Sat 22 May 2021
End:Sun 23 May 2021
Details:
Nickelodeon, TEG Life Like Touring and VStar Entertainment Group are excited to announce that the hugely popular PAW Patrol Live! “Race to the Rescue” Presented by Stan is heading to Australian shores this April and May.

Based on Nickelodeon’s hit animated TV series produced by Spin Master Entertainment, PAW Patrol Live! “Race to the Rescue” Presented by Stan brings everybody’s favourite pups to the stage for an action-packed, high-energy musical adventure that sees them embark on a rescue mission when Mayor Goodway goes missing the day of the Great Adventure Bay Race.

Following its sold-out inaugural Australian tour in 2017, PAW Patrol Live! "Race to the Rescue" Presented by Stan will commence its 2021 tour in Brisbane on 24 April, before making its way to Melbourne, Perth, Sydney and Adelaide, concluding in Newcastle on 30 May.

The safety of audiences, cast, crew and venue staff is top priority and this production will operate with a commitment to a COVID Safe environment under a full COVID Safe Plan.

Share PAW Patrol™ Live! “Race to the Rescue” with friends.