The lifelong friends, with a career together spanning almost half a century, have redefined popular magic with their unusual mix of mind-blowing magic tricks, comedy and ‘blunders’. The pair are stars of the acclaimed Showtime series Penn & Teller: BS!, which received 13 Emmy nominations and was the longest-running series in the history of the network. Their highly anticipated return to Broadway was the highest-grossing non-musical on Broadway for its entire six-week run. True pop culture stalwarts, the duo has performed in hit television shows, including Friends, The Big Bang Theory, Modern Family and The Simpsons, and they share a star on the Hollywood Walk of Fame.

They are also stars of the hit TV series Penn & Teller: Fool Us, seen on ABC iView and ABC TV Plus, which challenges up-and-coming and veteran magicians to try and fool Penn & Teller.

“Penn & Teller are the masters of trickery, their razor sharp wit and spot on-chemistry is the stuff of legends. Finally, this once-in-a-lifetime opportunity to see them in the Opera House is within reach – this will be truly unmissable,” says Sydney Opera House Head of Contemporary Performance, Ebony Bott.

Teller says: “I just love Australia. I learned to SCUBA dive in Cairns. I've eaten gelato at Circular Quay and enjoyed Shakespeare at the Opera House. I've scouted an underwater TV special near Melbourne, I've been bug-eyed at MONA and some of my dearest friends live there so it's about bloody time we brought our show down under, don't you think? It’s once in a lifetime! See you in winter! … What? It’s winter in June??” 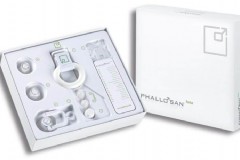