Anatomy of a Suicide 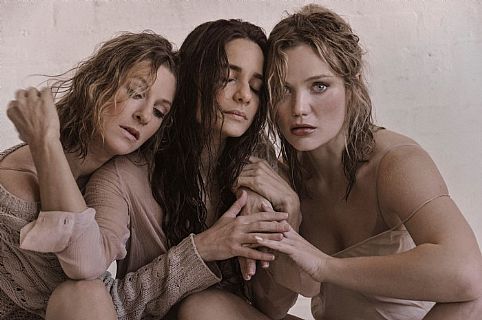 When:
Thu 06 Oct 2022
Cost:
$54
Details:
A sensation at The Old Fitz in 2019 and nominated for four Sydney Theatre Awards, Alice Birch’s award-winning drama, Anatomy of a Suicide, returns to Sydney from 6th to 29th October at Seymour Centre.

Taking a powerful, unflinching look at how families live alongside past trauma, Anatomy of a Suicide follows Carol, Anna, and Bonnie – mother, daughter, and granddaughter. Throughout their lives, each woman struggles with profound mental illness, as the chaos of what has come before creates a painful and lasting legacy, an impact that echoes on and on.

Told as a theatrical triptych, with Carol, Anna, and Bonnie’s stories playing out decades apart yet at once simultaneously, Anatomy of a Suicide sees three lives intertwine elegantly on stage, offering audiences myriad ways to experience this ‘haunting and immersive’ tale of motherhood, mental health, and female pain (Time Out, Sydney).

Anatomy of a Suicide is both dazzling and devastating, taking on the big taboos – guilt, loss, addiction, and regret – and illuminating them beautifully to provide a shared understanding and relief.
Location:
Seymour Centre, Corner City Rd and Cleveland St, Chippendale NSW 2008
Contact:
Seymour Centre on
02 9061 5344
Send an Email »